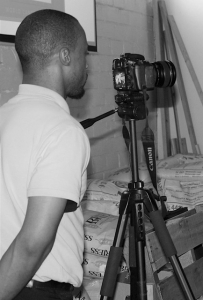 Samuel Randall is an experienced creative producer with a demonstrated history of working in the sports and media production industry. He has been involved in video production with the Miami Heat, Boston Red Sox, and NFL Films.

As a creative, he enjoys video editing, studio camera operation and cinematography. As a newlywed, He enjoys spending time with his wife Latoya Randall, watching sports and exercising.